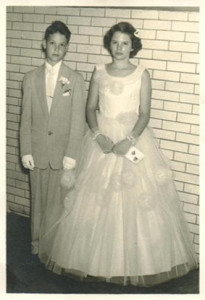 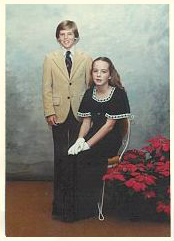 The traditions of Social have a long and rich history in the Garden City, beginning in 1935 when Mrs. Henri Price introduced the young women of Augusta to ballroom dance and etiquette classes at the local YWCA.  Her goal was to reinforce the social graces that have always been so much a part of Southern heritage, as well as to help her students gain grace and confidence through basic ballroom dancing.

In 1961, she opened her own studio for Augusta’s young ladies and gentlemen, the Henri Price Academy, located at the corner of Milledge Road and Broad Street.  By then, her legacy to our community was already evident.  Just before presenting her with a key to the city in 1961, then-Mayor Millard Beckum proclaimed, “One of the greatest assets of this community is the work carried on by Mrs. Price and her associates.”

For 37 years, Mrs. Price shared her love of Southern graces with Augusta’s young ladies and gentlemen. In 1973, Mrs. Price retired from her life’s work.  A few years later, Mrs. Dorothy Wright McLeod, a Program Director for the YWCA and former student of Mrs. Price, proposed teaching a class that would once again reinforce the social graces.  Her initial interest was in exposing her two teenaged sons to the same traditions that had so influenced her own life.  Using Mrs. Price’s successful program as a foundation, Mrs. McLeod combined the best of both old and new by retaining the core teachings of her mentor while updating the program with contemporary music and new dances, including the shag, boogie, and various line and circle dances.  She began that first year with one class of 45 young couples.

Under Mrs. McLeod’s leadership, the popularity of Social has exploded.  By 1989, the growing enrollment made it necessary for Mrs. McLeod to open her own studio under the name Social, Inc.  Two years later, her second son, David McLeod, joined her in the business.  The program now involves over 2000 students ranging in age from 12 to 18 in classes held not only in Augusta but also in Waynesboro, Georgia, and Aiken and Greenville, SC.